What is a monogram?

A lot of people refer to any personalization as a monogram, but technically, a monogram consists of a combination of initials – usually first, middle and last name. Monograms can be confusing since there are several ways to do them, and very specific etiquette for ordering and sizing. This guide should help you avoid any monogram faux-pas!

Traditionally, the first letter of the last name is used for single letter monograms. But it has become very common to use the first letter initial in recent times. It is best to consider the person you are purchasing for and what you think their preference would be. There is a 50-50 split on the letter preference with our orders – half of people use the first and the other half use the last.

Single letter monograms are also versatile because you can use one letter for a whole family, then list the names below.

All three initials are the same size and in the order they appear in the name (first, middle, last).

This is great if you don’t have a middle name. It is just the first and last initial in order – both the same size.

If you have multiple middle or last names, keep them in the order they appear in your name and all the same size.

Just like the individual monogram, the last name is larger in the center. The woman’s first name initial is smaller on the left and the man’s is on the right.

Need a handy chart to save to your Pinterest! Look no further!

Previous Post: « Flat vs. Folded Notecards – Which is more popular and why
Next Post: The power of personalized stationery » 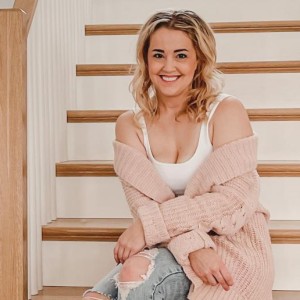 Founder and leader of this handmade operation. I have a passion for printing and design, but am also obsessed with learning ways to help my body deal with my autoimmune disorders. Read More…

We love our teachers @ Curio Press 📚🤍

A little bit of office organization 💌

I’ve been selling with Amazon Handmade since it

Finishing touches before your stationery goes out

We love our teachers @ Curio Press 📚🤍

A little bit of office organization 💌

I’ve been selling with Amazon Handmade since it

Finishing touches before your stationery goes out

Happy Sunday! I hope you are spending the day rela

Pink is always in season 💗🌸